Japan should be admitted to the Five Eyes network

HomeNewsJapan should be admitted to the Five Eyes network
News
November 14, 2021 16:11 pm

By Richard Armitage and Zack Cooper

Richard Armitage is founding partner and president of Armitage International LC and a former U.S. Deputy Secretary of State. Zack Cooper is a senior fellow at the American Enterprise Institute and co-director of the Alliance for Securing Democracy.

The time has come for Japan to become a member of the world’s leading intelligence-sharing arrangement.

Today, the Five Eyes, comprising the United States, United Kingdom, Australia, Canada and New Zealand, are the world’s preeminent intelligence sharing group. These five countries have extensive access to military, political, financial, economic and technical information. Their capability for gathering and sharing information on a wide range of global dynamics is unparalleled.

Yet if one was trying to build the world’s leading intelligence-sharing coalition from scratch, one probably would not pick just five countries, and one might not begin with these five. As the U.S. turns its attention to China, intelligence requirements dictate working more closely with countries across the Indo-Pacific. But the Five Eyes countries are, in several dimensions, on the outside looking in at a highly diverse and rapidly evolving Asian region.

The group does have a number of advantages. All five countries speak English, or at least some version of it, which makes communication easier. They all share a common history too. But both similarities can be weaknesses as well as strengths, making it harder to gather information from diverse regions and cultures. It also opens the group up to criticism that the Five Eyes arrangement is an anglosphere alliance defined by race rather than a shared commitment to a set of common rules.

In the past, commonalities among coalitions were often seen as an advantage. During the Cold War, for example, The West generally shared a single form of government and similar economic systems. Democratic capitalist societies competed with communist ones in largely fixed blocs. In many ways, familiarity and similarity were seen as advantages, helping keep these coalitions close and coherent.

Today, however, modern coalitions must be far more diverse. Many critical U.S. partners, and indeed some treaty allies, are not full-fledged democracies. Some key players are not capitalist. And few speak the same language. As a result, this will not be an era of fixed blocs but rather shifting coalitions made up of diverse countries that reconfigure depending on the issue set. Countries will vary their alignment across security, economic, technological and governance matters.

Since intelligence must cover all of those areas, the world’s premier intelligence-sharing group needs expertise that crosses each of these issues as well. And it requires countries with shared interests and values that will permit deep trust to be built over time. There are only a handful of countries that meet these requirements. And Japan is at the top of the list given its leadership on a range of security, economic, technological and governance issues and its concerns about China.

But adding Japan to Five Eyes is easier said than done. Japan’s intelligence agencies are still perfecting their information protection measures, which will take time. Meanwhile, Japanese leaders will have to convince foreign counterparts that they can provide sufficient information to justify Japan’s inclusion. And perhaps most challenging, Tokyo will have to get not just Washington on board, but also London, Canberra, Ottawa and Wellington. 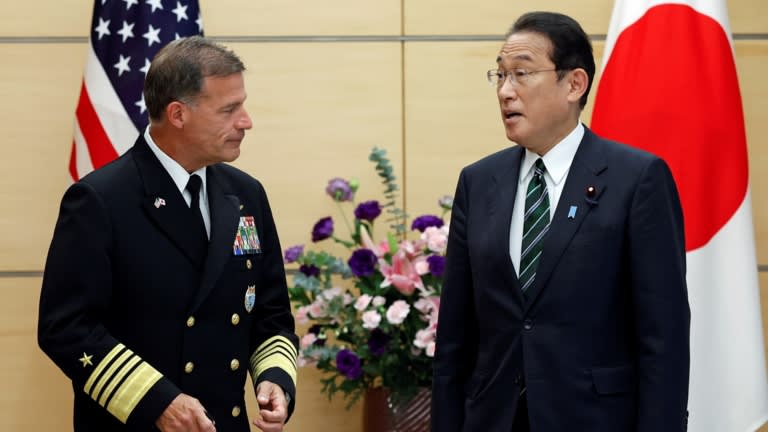 Concerns remain in various Five Eyes capitals about language barriers, information protections and third-country concerns. Japan has built deep ties with the United States, United Kingdom and Australia, which can overcome many of these issues. Yet despite good relations with Japan, Canada and New Zealand remain more skeptical about Japan’s inclusion in the Five Eyes club.

In the near term, therefore, Japan should begin a process to develop the technologies and procedures that Tokyo would need to ensure that its organizations can both share and protect critical information. This process should aim not only to increase Japanese capabilities but deepen confidence in Washington and other capitals. The Five Eyes should also make clear that a successful process could lead to Japan’s inclusion in an intelligence-sharing grouping.

In the long-term, it will be necessary to transform the Five Eyes into a new type of coalition, based not on membership but on mission. The Quad and Group of Seven have suffered from similar challenges to the Five Eyes in incorporating new members, which is not surprising given that all groups are named for the number of countries they include. This has constrained their ability to adjust to new realities by adding members, either temporarily or permanently.

Adjusting the Five Eyes would also send an important signal that the United States and its key allies and partners are willing to rethink their rather anachronistic approach to coalition building. The name Five Eyes is itself a significant barrier to expanding the group. Since adding new partners is much more difficult when it requires renaming the group, the members should come up with a new name disconnected from the size of the coalition.

This new era requires a new approach to intelligence gathering and dissemination. Japan’s expertise on economic security provides a clear rationale for Tokyo’s inclusion in such a pact. After all, intelligence sharing is about looking into the future. The world’s leading intelligence-sharing coalition will not be successful if it remains overly constrained by its past.